How Did Cannabis Use Get So Twisted? The History and Evidence!!! 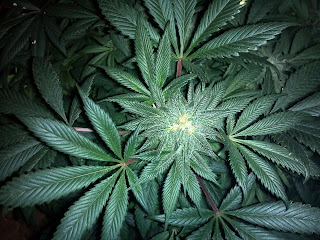 Very recently, Dr. Joseph Mercola posted a research article entitled Cannabis: A Lost History.  Below are highlights of this great article.
Cannabis, or marijuana, has been used for its health properties for thousands of years.  The earliest references to cannabis are in the Chinese Materia Medica, written by Shen Nung around 2800 B.C. Nung is credited with inventing agriculture as well as acupuncture and Traditional Chinese Medicine or TCM.  Nung documented around 100 different ailments that cannabis could treat including gout, rheumatism, malaria and absentmindedness.
Before Nung used cannabis as medicine, the Chinese used it for the production of textiles, rope, paper and pottery.
For thousands of years, cannabis was one of the 50 essential plants used in TCM.  It was  removed only recently because of the controversies in the legal sector. Cannabis was listed as one of the 5 sacred plants in the Vedas (the sacred text of India) and the Hindu god Shiva is referred to as "Lord of bhang", which means Lord of cannabis.
The Egyptians, Persians and Greeks used Cannabis for medicine and spiritual uplifting.  References about cannabis are also found in Islamic, Judaic and Christian texts.  The original Hebrew text of the Old Testament refers to cannabis or "kaneh bosm" several times. In Exodus 30, Moses is instructed to make an anointing oil which included "250 shekels of kaneh bosm".
American History of Cannabis
For thousands of years, marijuana was applauded as a "cure-all" of healing, particularly good for pain and a potential anticancer treatment.
In the 19th and 20th centuries, marijuana was a popular botanical supplement in U.S. pharmacies.  In 1970, cannabis was declared a Schedule 1 controlled substance in the U.S., a classification for drugs with "high potential for abuse". In 1973, the DEA was formed to enforce the new schedules and the marijuana fight began.
In 1996, California legalized medical cannabis and the tide was turned.  Now, 30 states have legalized medical cannabis, and 8 have legalized it for recreational use, which began with Colorado and Washington.
The battle has been long and hard.  A survey in 2013 found that 76% of physicians approve of cannabis for medical treatment.  Other surveys show that 4 in 10 Americans have tried marijuana, and 60% support FULL legalization.
How does Cannabis work?
The marijuana plant contains more than 60 cannabinoids with the 2 primary ones being CBD (cannabidiol) and THC (tetrahydrocannabinol). Cannabinoids interact with the body by naturally occurring cannabinoid receptors in cell membranes throughout the body. These receptors are in your brain, lungs, liver, kidneys, immune system and more. Your body even has natural endocannabinoids similar to THC that produce a variety of important processes.
So your body is really "hard-wired" to respond to cannabinoids through its receptor system. And it's no wonder the important role cannabis can play in metabolic regulation, pain, anxiety, bone growth and immune function, to name a few of the known areas.
What Can Cannabis Treat?
Yes, your body makes its own cannabinoids but in much smaller amounts than those found in marijuana.  These endocannabinoids appear to function as neurotransmitters, like dopamine or serotonin.  The receptors found on cell membranes throughout the body are thought to be the most widespread receptor system. This explains the enormous medical potential for cannabis.
Even though research has been impaired by the Schedule 1 classification, the benefit list is still quite long:
And, cannabis offers greater safety in pain control than opioids.  An overdose of cannabis cannot kill you because there are no receptors in the brain stem, the region of the brain that controls breathing and the heartbeat. Also, the toxicity of narcotic pain killers i.e. liver and kidney toxicity, gastrointestinal damage and nerve damage is not a factor in cannabinoid pain control.
The pharmaceutical industry is quite concerned that they do not control cannabis as a supplement.  Of course, widespread use would put a huge dent in their income.  They are urging the FDA to more closely scrutinize the supplement claims and the DEA to push CBD into a pharmaceutical, hence under their control.
So you be the judge. Educate yourself.  Research the many benefits of cannabis.