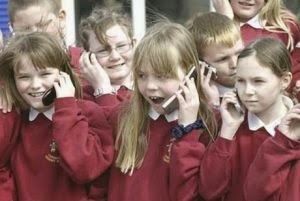 (Jonathan Landsman for NaturalHealth365)   In April 2014, the BioInitiative Working Group – consisting of 29 experts from ten countries, ten holding medical degrees, 21 PhDs, and three MsC, MA or MPHs – said there is growing evidence that wireless technology causes brain damage, cancer tumors plus a host of chronic health conditions. Based on a review of the science released in 2012 and 2013, Lennart Hardell, MD, PhD at Orebro University, Sweden says, ““there is a consistent pattern of increased risk for glioma (a malignant brain tumor) and acoustic neuroma with use of mobile and cordless phones”. Wireless (microwave) radiation damages DNA forever!
“We know that microwaves can cause genetic damage.” – Barry Trower, a retired British military intelligence scientist and expert in microwave technology
“Our grandchildren and children are being used as lab rats…”   This quote is taken directly from Devra Davis, PhD, MPH, president of Environmental Health Trust. Dr. Davis is seriously concerned about the future of humanity. Our children are being exposed to a level of ‘unnatural’ microwave radiation which damages DNA and inhibits cellular repair – which leads to cancer. This is truly an unproven, mad experiment on humans with dire health consequences.
Here are some quick facts about the dangers of wireless technology:
1. In 2007, the BioInitiative Working Group released a 650-page document with over 2000 studies linking RF and EMF exposure to cancer, Alzheimer’s disease, DNA damage, immune system dysfunction, cellular damage and tissue reduction.
2. In May 2011, the World Health Organization’s International Agency for Research on Cancer categorized “radiofrequency electromagnetic fields as possibly carcinogenic to humans based on an increased risk for glioma, a malignant type of brain cancer, associated with wireless cellphone use.”
3. In April 2012, the American Academy of Environmental Medicine (AAEM) – a national organization of medical and osteopathic physicians – concluded that, “genetic damage, reproductive defects, cancer, neurological degeneration and nervous system dysfunction, immune system dysfunction, cognitive effects, protein and peptide damage, kidney damage, and developmental effects have all been reported in the peer‐reviewed scientific literature.”
3 simple ways to reduce your exposure to wireless radiation
1. While talking on a cell phone – keep the phone away from your body. As often as possible, use the speaker-phone mode or a wired headset (not Bluetooth).
2. Minimize your exposure. Make every effort to cut down your minutes on a cell phone and use a wired telephone – especially for longer conversations. To reduce your cell phone exposure – communicate by text message instead of making the call.
3. Turn off your cell phone. Especially at night, try keeping the phone off and away from your head as often as possible. In addition, wireless baby monitors, laptops and ‘smart’ meters will greatly increase your exposure to microwave radiation.
Warning: If your child has a cell phone…
In 2011, the International Agency for Research on Cancer – a committee of 27 scientists from 14 different countries – said: “risks are 5x greater for children using cell phones under the age of 20 than those over the age of 50.”
Learn more:  http://totalhealthresonance.com/new-report-wireless-technology-wifi-causes-brain-damage/