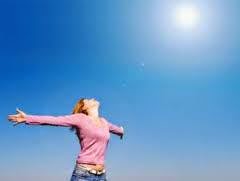 (Dr. Mercola)  "Asthma attacks have... been linked to insufficient vitamin D status. Low vitamin D levels were significantly associated with greater frequency and severity of attacks in asthmatics. According to lead author Dr. Ronit Confino-Cohen, a senior lecturer at Meir Medical Center in Kfar Saba, Israel:
“I think that if a patient has had good treatment for asthma and is still not controlled, maybe he should be checked for his vitamin D levels before adding on more medications. Maybe supplementation would do the job.”
This isn’t the first time vitamin D deficiency has been linked to asthma attacks. Research published in 2010 also found that asthmatic children with low blood vitamin D levels may have a greater risk of suffering severe asthma attacks. According to this study, vitamin D insufficiency itself was linked to a 50 percent increase in the risk of severe asthma attacks.
At the end of 2008, the American Academy of Pediatrics doubled its recommended dose of vitamin D for infants, children and adolescents, raising it from 200 to 400 units per day. But research published earlier that same year revealed children may need 10 times that amount in order to receive the health benefits that optimal vitamin D levels have to offer! Many mothers also are vitamin D deficient, which is another contributor to asthma. A 2007 study showed that poor diet and lack of vitamin D during pregnancy were the determining factors in whether their children suffered from asthma by the age of five....
Learn more:  http://cellularinnergy.com/vitamin-d-deficiency-linked-alzheimers-ms-asthma/