Amalgams Ruin Lives: What You Should Know About Mercury Fillings 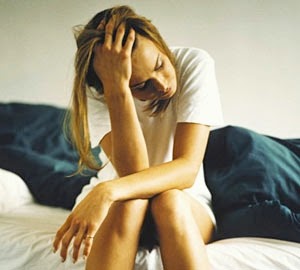 (Michael Edwards for Natural News) ...Mercury fillings slowly leech mercury and mercury vapor, causing a multitude of problems in the body including disruption of the nervous system, the immune system, the circulatory system, and the reproductive system. Mercury can damage the brain, heart, kidneys, and lungs – virtually every organ and every system in the body.
Mercury is a neurotoxin that binds selenium, keeping it from fighting cancer cells. Nearly every process in the body relies on sulfur – hormones, enzymes, nerve tissue, and red blood cells, but mercury binds to sulfur, inactivating it.
Mercury binding to proteins may affect the immune system’s ability to recognize cancerous cells and normal cells, resulting in cancerous cells growing while the immune system attacks normal, healthy tissues resulting in auto-immune disease. It decreases liver detoxification and breaks DNA.
Mercury is found in the center of tumors. It plays a major role in reproductive and endocrine cancers. It also collects in the mouth and jaw with heavy collections of mercury in cavitations.
Mercury creates an anaerobic environment, one in which Candida flourishes. When mercury fillings are removed and a mercury detox is completed, Candidiasis significantly improves or resolves.
Dr. Adams states, “There are many thousands of documented cases where removal of amalgam fillings when combined with mercury detoxification and nutritional support has cured or significantly improved serious health problems including cancers such as multiple myeloma and leukemia.”
Mercury fillings can be removed and replaced, though it is imperative to your health that you choose a properly trained dentist to perform the removal, one who will make every effort to minimize your mercury exposure throughout the process. Look for biological dentists (those who practice holistic care).
Learn more: http://cellularinnergy.com/amalgams-ruin-lives-know-mercury-fillings/